Giant baubles, shimmering lights, and a tunnel of sensational colours…all these and much more can be found at Christmas at Kew.

My daughter and I happened to visit Kew Gardens during the day last January, as we have a membership, and we had a free afternoon. She was 7 years old at the time. The remnants of Christmas at Kew could be seen, and it became apparent to her from all these carcasses (an empty Santa’s grotto and huge numbers of unlit lanterns) that we had actually missed this event! I had considered it previously but always dismissed it, uncertain that my children would be interested. My daughter was so disappointed, but she quickly became determined that we should go the following year, when it was actually on. So our journey on the trail began!

I bought tickets just a few weeks ago, I think I should have done it sooner really, to get the more popular early slots, but I managed to get tickets for the 7pm slot on 20 December. Phew! 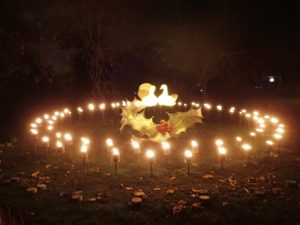 The night of the big event came! I decided after much deliberation to take both my daughter and my 4-year old son as though it was late I thought he might like it. I brought a buggy as I knew he would be too tired to walk at this time of day. We wrapped up warm (essential) and brought a few torches. My son had those mini lights you can attach to your fingers. We arrived a little early, and managed to find some on-street parking a short walk away, which is free on many residential streets. It was no problem getting in and though it looked crowded the ticket scanners were working quickly so we stood in line for just a few minutes.

We started the trail straightaway, and were delighted by all the lights. Some of these are set to music. We were quite taken with a heart-shaped disco ball rotating to the song “Oh Holy Night” and another area, which looked like a sea of hundreds of spherical multicoloured lights fading on and off and flashing. It was just the right amount of darkness so that the lights stood out, but not so dark as to be too hazardous, though the torches were definitely useful. There was also a tunnel you can walk through, containing bands of lights that changed colour. My son declared at this point that it was “better than Disneyland!” (though he hasn’t actually been to Disneyland!) The new giant Hive sculpture was absolutely spectacular as well.

At several points along the trail were stalls selling mulled wine and cider. Sadly as I was driving I didn’t partake, but I made a mental note for next time!

Halfway round the trail (about 30-40 minutes in, as we were taking our time strolling and taking photos) was the area with a lot of food options, including lots of hot food and desserts like freshly made doughnuts, ice cream and waffles. It was relatively busy and rather chaotic here. The queues for hot food were long. Luckily my kids had eaten already so we skipped to dessert.

The shop here is open (as is the main shop by Victoria gate) and there is both indoor and outdoor seating. You can also get mulled wine here and hot chocolate. Toilets are available, and last but not least a set of Victorian style funfair rides. The rides cost £2.50, and tokens can be purchased from a booth. Credit cards are accepted. My kids went on 2 rides each, which was enough I thought! There was hardly any queue for the little cars and mini train ride (for under 6’s really) but a bit of a queue for the carousel, which wasn’t a problem.

Then it was onto the rest of the trail, which included a little 5-minute show with elves and Santa. The kids enjoyed this and it was a chance for a little sit down. This half of the trail took us another 30-40 minutes, but it can be done faster.

There is also a place in this second half to toast large marshmallows that come in different flavours. We didn’t try this as we had just eaten a large Nutella waffle and were all sugared out! But it looked like a popular activity.

At the end is the grand finale with the Palm House beautifully lit, and incredible projections illuminate the waters in front of it, to various Christmas songs played at a very gentle level. My son was completely captivated and would have watched it for a very long time! But my daughter was getting tired by now so we left. It was 9.45pm! 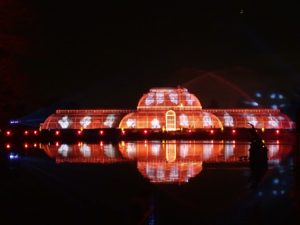 If you’re uncertain about it, I hope my review will help you decide. The photos don’t really do it justice, it has to be experienced!

I would certainly recommend it as a great family evening excursion, the children absolutely loved it, and I am looking forward to next year already! 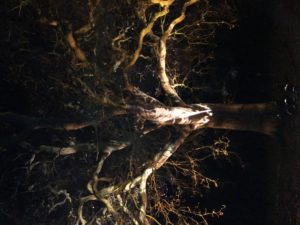 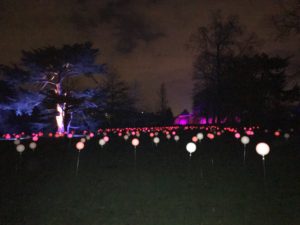 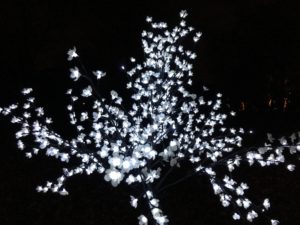 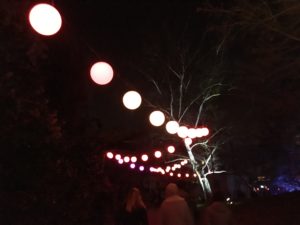 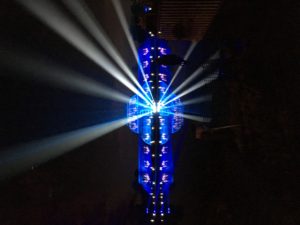 If you’d like to read more about days out with the kids please check out the rest of my blog, which I am steadily adding to. 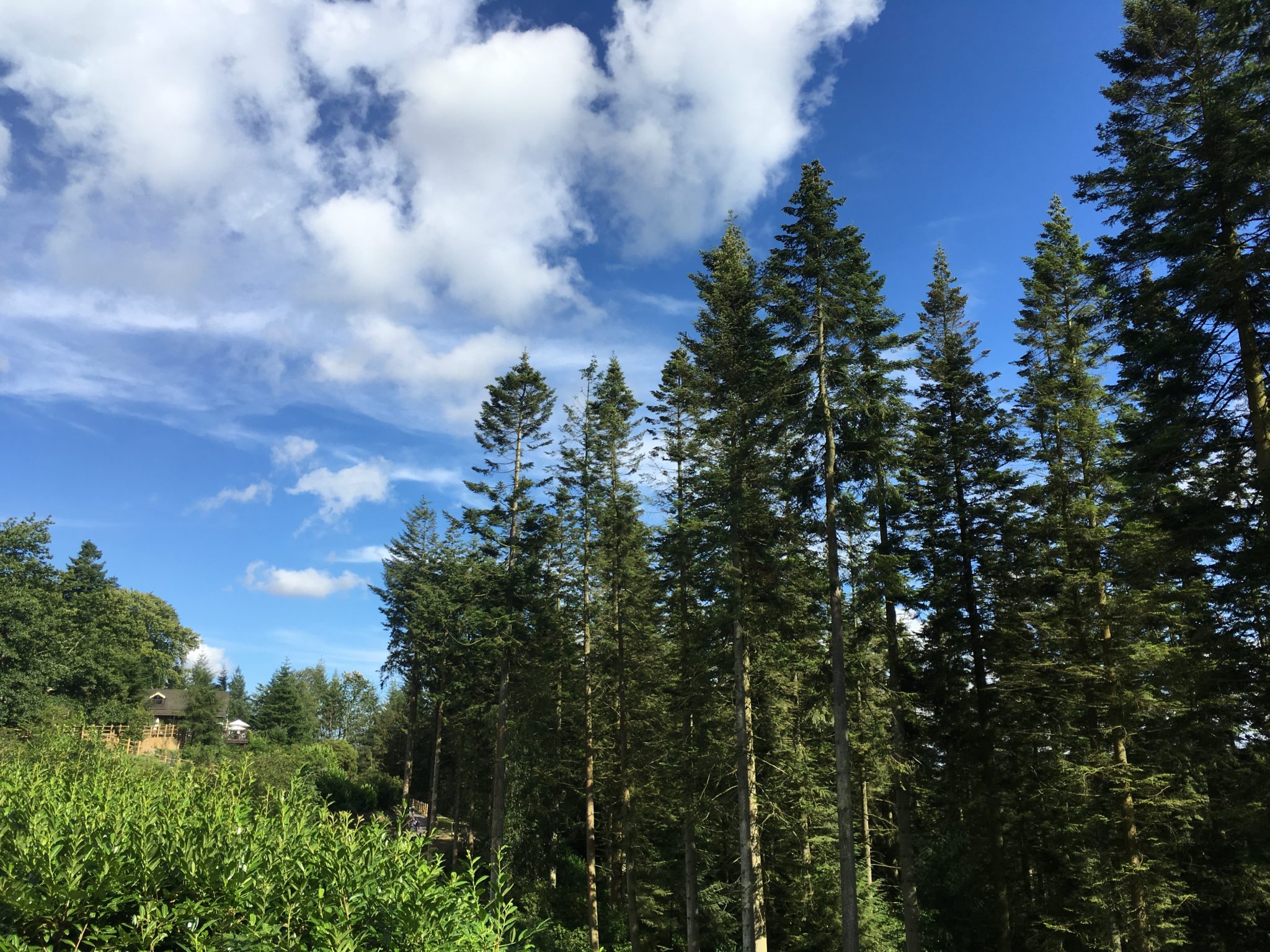